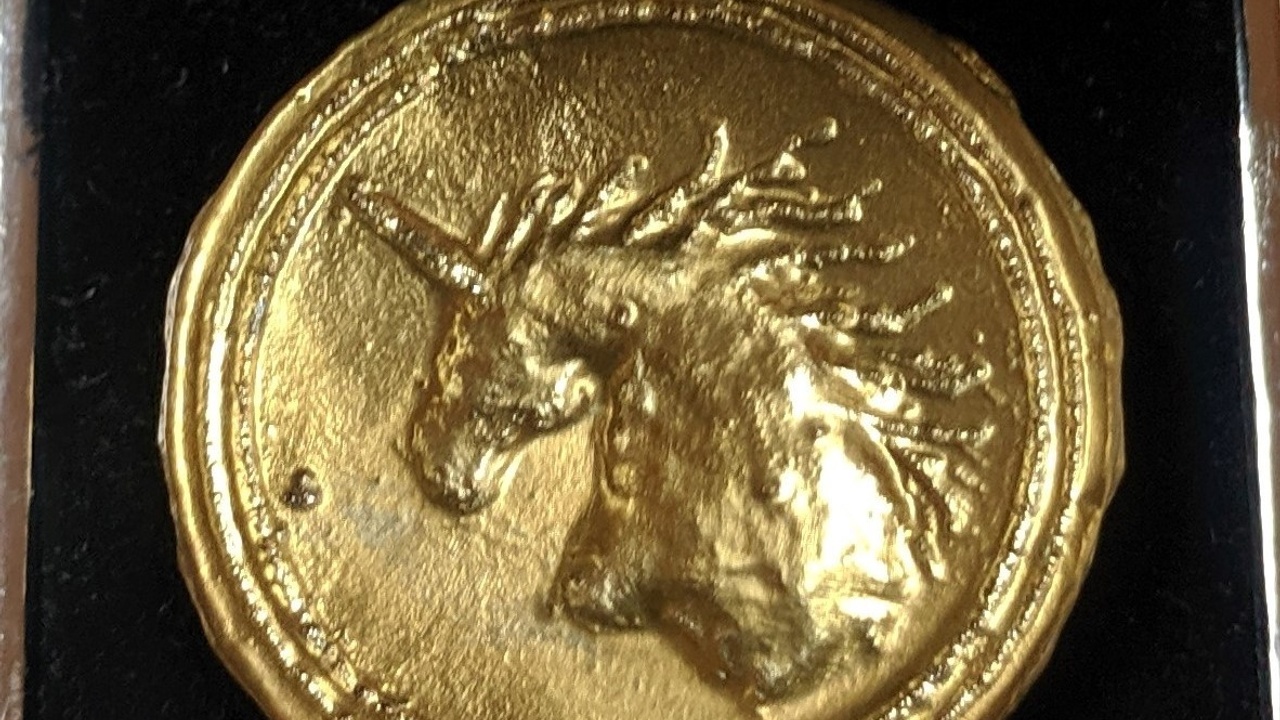 Among my treasures is a Gold bracelet from another life and I recently contemplated letting it go. But as I held it and considered its value, put it on and contemplated it, the word Gold kept arising. I could change it, melt it down... I haven’t worked with Gold, but I am collecting little pieces to melt. So it's time to start the transformation of the Gold!

I had a feeling of worthiness of being a Creator in Metal that started to build and the Alchemist within me decided to transform the bracelet for myself and see how it felt.

It had been transformed years ago but now it was time for my hands to transform it, to make it fit more snuggly, and now it feels so nice! I love the Coin like Charm; it hangs in a perfect position.

So now the CHARM… looking at the Charm and what will I imbue into it. Will I pierce my spirit animal into this Charm? And what is a Charm?

Clan of the Cave Bear

I have just finished reading The Clan of the Cave Bear. The Clan's Magician said that she would know it when she saw a sign. Which when she saw a sign she picked up a fossil and kept it in a small leather pouch around her neck and touched it often to reaffirm that a purpose in her life had been confirmed.

Amulet, also called Talisman, an object, either natural or man-made, believed to be endowed with special powers to protect or bring good fortune. Amulets are carried on the person. The term amulet and talisman are often used interchangeably, but a talisman is sometimes defined as an engraved amulet. Natural amulets are of many kinds of things: precious stones, metals, teeth and claws of animals, bones, plants, and so on. Man-made amulets, equally varied, include religious medallions and small figurines. Among believers, amulets are thought to derive power from their connection with natural forces, from religious associations, or from being made in a ritual manner at a favourable time.2

For some time now I have been creating pendants of a woman's Spirit animal, for ceremony and ritual. I recently joined an astrology circle and what is coming up for me even more clearly now is taking notice of what is happening in the stars when I am creating. What am I imbuing into this talisman? What resins am I burning? What spells am I casting? 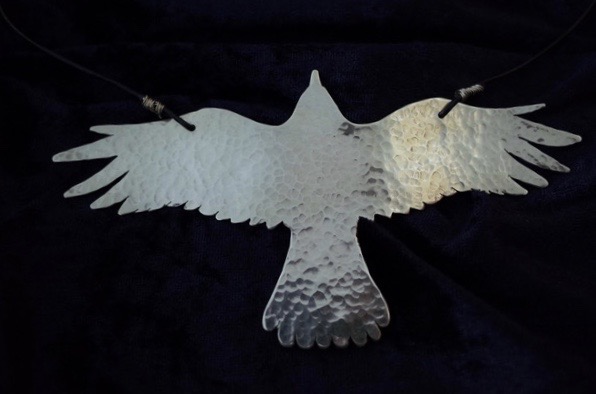 In ancient Egypt charms were used to protect during time on earth as well as in the afterlife. The first charms were fashioned from animal bones, shells and clay. 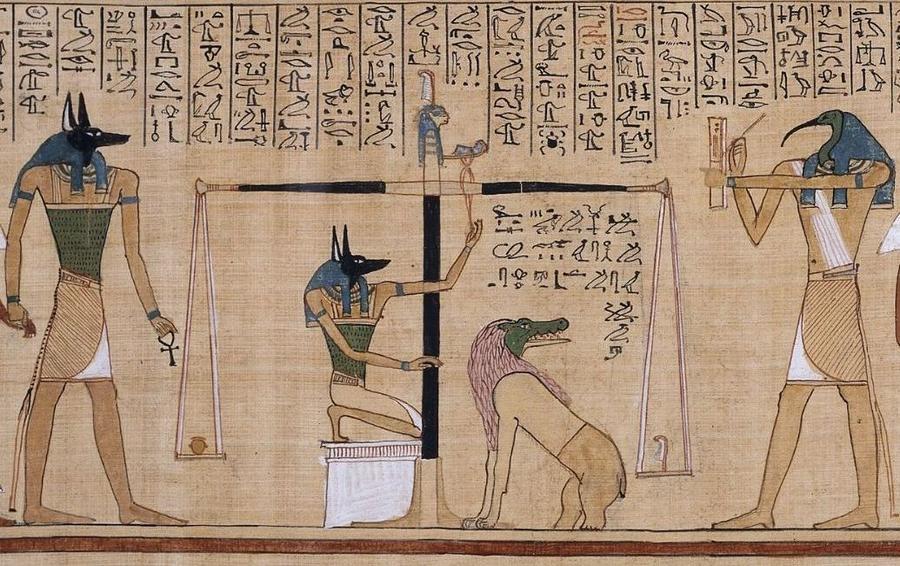 The Book of the Dead of Hunefer at the British Museum.

Anubis brings Hunefer into the judgement area. Hunefer's heart, shown as a pot, is being weighed against a feather, which is the symbol of Ma'at. Ma'at is the order of things or 'what is right'. If the heart did not balance with the feather, then the dead person was condemned to be consumed by the 'devourer'. The devourer is shown here as part-lion, part-crocodile, and part-hippopotamus. 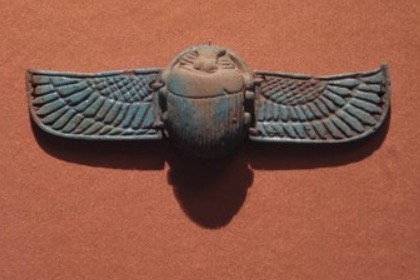 The Scarab amulet from the Brooklyn Museum: a gift of the Egypt Exploration Fund.

The Scarab amulet dates 664 - 332 BCE was dedicated to the Sun God Ra. The Scarab was a stylized depiction of the dung beetle, which ancient Egyptians used to illustrate life-giving powers. The dung beetle was chosen because after it laid its egg in animal dung and rolled it into a ball the beetle would then move the egg into the sunlight. The heat of the sun would cause the egg to hatch. A perfect illustration of the life giving force of the sun. This important amulet would be placed in the mummy’s heart cavity whilst a dedication was read from the Book of the Dead. During life ancient Egyptians carried the scarab beetle amulet to protect their heart and give them a long life.

During the Roman Empire Christians were persecuted and so they would use tiny fish charms hidden in their clothing to identify themselves to other Christians. Medieval knights wore charms for protection in battle, as well as talismans to give them and their families good luck and good health. There followed a natural progression that charms would be kept together on bracelets. The materials used were a good indicator of the status of the wearer. English royalty were and are fans of charms and charm bracelets made from precious metals. Queen Victoria was very fond of charm bracelets. When Prince Albertdied she wore mourning jewellery. One of Queen Victoria's bracelets was a 'mourning' charm bracelet. This piece had charms which represented moments in the life of the royal family. One of the charms was in locket form and contained a tiny photograph of Prince Albert and a locket of his hair.3 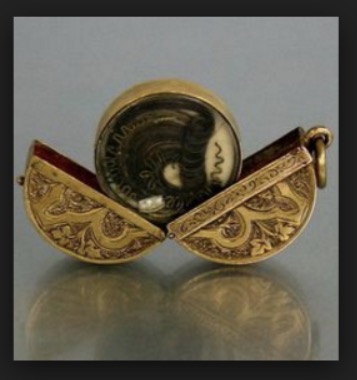 Items that represented something good that happened in their past. To have some 'mojo' on you will only help to increase your chances of walking on the lucky side of the street.

Four-Leaf Clovers: Legend has it that even Eve knew that having a four-leaf clover in hand would be good luck, so she took it out of the garden with her.

Red Lanterns: Red is the colour of good luck and prosperity in the East. From prehistoric times, red has been associated with fire and blood. In the church, red or rubrics are indicative of laws and guidance. So it is that red lanterns are used to ward off bad luck and light the way for good luck and positive energy to reign supreme.

Coins: Coins are a sign of good fortune and prosperity.

Keys: In Japan, three keys worn together are a very powerful good luck charm or amulet as they unlock the door that leads to love, health, and wealth. Wearing one key signifies that you are opening the door to whatever you seek. It is no wonder that dignitaries are given a key to cities, and no wonder that those who hold the key can unlock the doors to a kingdom or a treasure chest.

Cat’s Eye: Those who carry a Cat’s Eye stone in their pocket in India do so because they believe that one who carries this stone will never have their good fortune leave them. Cat’s Eye stones protect individuals from unexpected loss, and guard financial decision making.

Turtles: In many Native American cultures, the turtle represents fertility and a link between man and Mother Nature.

Dolphins: Dolphins at sea are known to bring protection to wayward sailors. Ancient sailors knew that riches were before them when dolphins would begin to circle their ships, as it was a sign that land was near.

Horseshoe: A horseshoe is a symbol of protection and longevity for the horses that are fitted with this strong iron attachment.4

Smith Witch for the Amazonian Arts

Who is the most powerful person you know?
Our Generational Wound
To Sow a Seed is to Believe
Close