Shadow Dancing Into A Deepened Connection 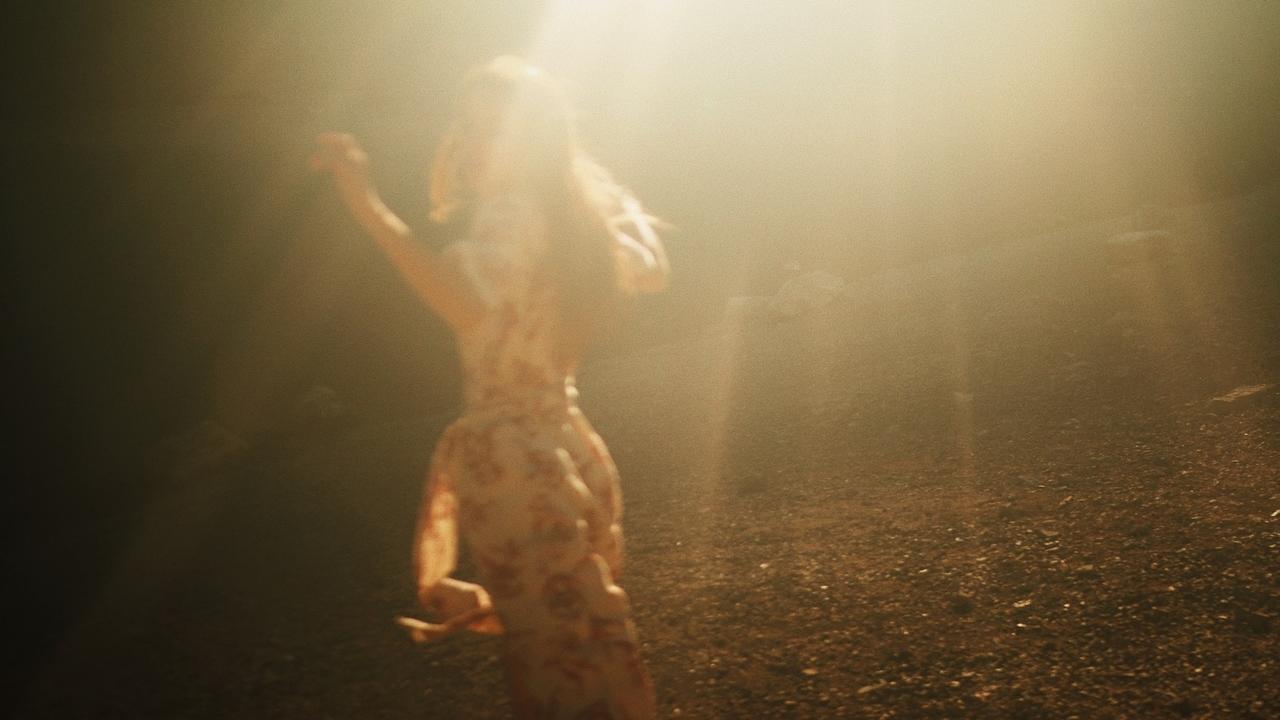 Akai (my dog) has an interest in ‘flutter-bys’ of all descriptions. She is even more passionate in this field than she is as an aspiring ornithologist in which she devotes some hours every day. Yet Akai’s interest in lepidopterology has one peculiar distinction to that of your regular student studying moths and butterflies, and that is that she is interested primarily in their shadows …

Although Akai has seen the ‘flutter-by’ itself, her interest in the form is only to locate where the shadow will fall. Then the chase is on. Can she keep her nose on it despite its sudden swerves and varying intensities as the ‘flutter-by’ itself rises and falls? I have often watched her do so admirably for they give her quite the chase. It doesn’t seem to have come to her attention though that she never gets to the bottom of these pursuits, but rather, she seems to be infinitely captivated by the never-ending chase…

Is there a possible allegory here for human life?

Are many of us entirely absorbed in chasing shadows without ever knowing the importance of what casts the shadow?

Plato’s cave depicts a similar allegory – a group of people who, living chained facing a wall within, have never known anything other than the shadow play on that wall from passing objects in front of a fire that lies behind them. Without an inquiring mind that is set free from this cave one may forever believe that these shadows are themselves the very objects that depict them… In the Buddhist tradition it is quite accepted that, on the whole, humanity’s daily experience comprises of a shared misconception of reality: shadow dancing if you like. In fact, it is said that one simple distinction between the ‘illusion’ that most people share and the ‘delusion’ of those we classify as mentally ill, is that perceiving a common ‘illusion’ puts you among friends, while perceiving a less common one puts you out on your own, or at least in the minority …

So how do we see beneath the shadow? How does one go deeper in their daily life’s experience?

I have been living for many years now in spaces without four walls, heating water over the fire each morning, and so much closer to the earth than I ever was in my earlier life. The streetlights no longer mask the lunar phase of the night and no longer can I let time slip away in mindless moments under the shower when tank water is so precious.

As the seasons melt into each other I experience the changes so much stronger here on the land: the variations in our food garden, the changes in the fauna and flora around us, the winter cold, intense seasons of dry such that I know what it is to long for the rain with my entire being; to feel the thirst of the animals and plants around me as if it is my own… In such dry seasons a greater number of snakes about both day and night create a mindfulness in each footstep. Just the knowledge that you are not a short drive away from town means you will consider what people do who live on the land, what indigenous people did, what natural medicines the bush yields, and how can you learn them… More importantly though than even this is the fact the very proximity to this ‘edge’ so to speak, brings you ever deeper into presence with the transitory nature of your life…

Many indigenous cultures ascribed to this such value that they would initiate teenagers into adulthood through a ritual that took them to the boundary between life and death, losing some lives inevitably in the process. Some people reignite these powerful rites of passage through sacred practices such as sweat lodge and vision quest… there are so many ways. More extreme among them may be getting ‘buried alive’ in a ritual coffin with a tube rendering a tiny portal of air connected to the surface above: all in aid to experience and release the fear of death. The film V for Vendetta also exemplifies such an extreme example to release one from the fear of death so that they may truly experience what it is to live. Is it worth coming to that edge, in your own unique way, despite the risks, so that you may experience the true value of your life?

These days I find myself aware of nature in a way that I was not attuned to previously. Much of this comes from necessity now and I am ever grateful to myself for imposing it. For although so many in the world live without the ‘luxuries’ I have long taken for granted such as running water from a tap and electricity, to choose to lose them consciously for those of us who have the choice not only takes you back to basics to explore afresh (what do we truly need and choose as conscious beings?), but offers the potential to mindfully go deeper in your daily experience. We know that evolution has hardwired us to have a particular bias towards the fat and sugar in life… and it has served us well, for these high energy rewards were naturally few and far between and often required an honest day’s work to access them. Yet today, because material ‘wealth’ of all kinds (in ever decreasing quality mind you) is available en masse and ever within reach in the Western world, it takes great strength to feel the pull of our more base hard-wiring and still remain centred, with open curiosity, to see what we are really buying with our dollar; what we are really choosing with our choices… It is then that we must dig deeply within ourselves to reach beyond simply knowing it to touching within us the impetus to act…

The sensitivity this last year has catalysed is almost tangible. Most certainly there is a new level of stillness that arises when you become an observer of the natural world around you. Thoreau, whose book Walden I have reflected on in this issue, yields great insight on this topic. Lately I am more aware that I notice subtler levels of my daily experience: spider eyes in the night, the ‘feel’ of a web before I walk into it, earthy scents of the bush, the silence of the dog when she is up to mischief, a wasp’s distant hum at it builds its home in a wooden flute, and its silent attack on a spider taking off leg by leg until it can fly away the abdomen… Like Alice down the rabbit hole, I feel I have stumbled upon myself anew in the world: with a magnifying glass.

It feels as if living close to the earth yields more access to the vertical dimension in life… the ability to take a snapshot in time and step off a precipice into that moment itself. If the natural world is the macrocosm of the microcosm within each of us, then the observation of the natural world will yield insight of the reality within each of us also. Most powerfully then perhaps, has been the experiential connection with this macrocosm that surrounds us: an unfolding of the inherent knowing that our being reflects and is reflected in the cycles and rhythms in the natural world around us, connected to everything else through this magnificent tapestry of existence…

What would it take for each of us, in this very moment, to slow our pace, to begin to feel the rhythm of the earth and listen, with our entire being, to the natural world, within and without? To look beneath the shadow?

Hygeia & the Snake
A Metalsmithing Journey
The Clan Mother Speaks: Our Huntress
Close