The Egyptian Connection and the Number 13 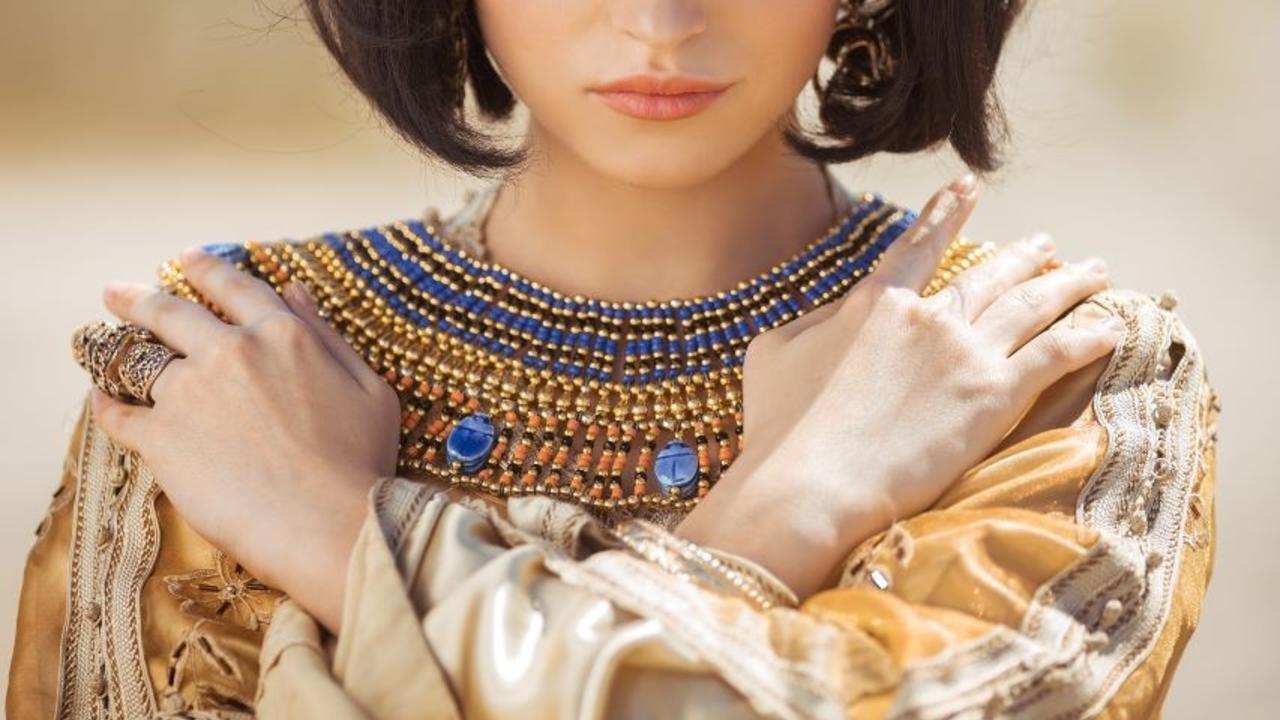 From the Vision Mother, Akhalita Makoto

Although a deep knowing of the bones of this project was established long ago, it was only in the last few years that the name Amazonian Arts was received, and only many moons post that time that both a Christian and Egyptian theme to this work began to inexorably emerge …

For a pancultural project, perhaps I should not have been surprised at these seemingly incongruent connections. Yet, even though I was, I decided to foster curiosity and follow the doors that were opening for the Amazonian Arts, as is the shamanic way…

It all began with the Priestess circle – the Virgo Warrioress. We were curious as to why it should begin with her because she does not represent any particular beginning point on the Zodiac wheel, but it was clear that she was to be first. And because of Covid and the large group we had, it ended up being the only circle we held for the clear vision year of 2020. It was a powerfully elemental circle that ran over the weekend with many deep moments immersed in nature and with many of the women birthing drums with the Priestess Clan Mother.

Why the Priestess? According to Demetra George, in her book Asteroid Goddesses, there are three zodiac signs that sit between two snake constellations, which are ushering us over a spiritual bridge through a transformational shift of consciousness that many may know as the Great Turning or a Shift in World Ages. These Zodiac signs begin with Virgo and include Libra and Scorpio.

Now here it gets interesting. Both Virgo and Scorpio have a similar looking glyph with the difference between them described as inward versus outward genitalia. 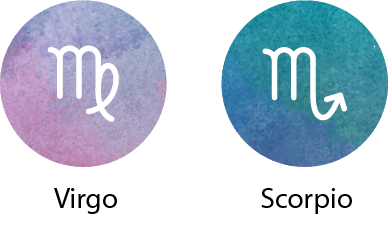 Hence they have also been portrayed as the archetypes of the Whore or Consort (Scorpio) and the Virgin (Virgo). And what about Libra? Like the Wedding Celebrant, she sits between them and creates the balance needed to restore the hieros gamos (the holy marriage) and unite what was once a single sign, Spica (which also includes the 13th Zodiac sign Ophiuchus).

Each glyph is essentially an ‘M’, which is the 13th letter of the alphabet. And together as MM, there has been a very strong felt experience of these letters evoking Mary Magdalene. A few days after writing this I came upon these words in the book Womb Awakening[1]:

The Neanderthal womb shamans depicted honorific religious symbols of 'V' and 'M' to celebrate the generative womb portal... which continued to be etched into stone figurines and clay pottery beginning around 8000BCE. Mary Magdalene eventually inherited this symbolic Grail legacy of the Neanderthals womb religion and become the treasure keeper for these ancient feminine symbols. Her initials, MM, were drawn in symbolic ways in medieval texts, for those with the 'eyes to see' and she was linked to ancient traditions that included Egyptian goddesses, fertility rituals, mermaids, sirens, and the Sheela na gig. The ‘V’ symbolises the female vulva, the public triangle, the womb of life. Closely related is the symbol ‘M’, which is the vulva (V) with outstretched legs on either side, representing the female birthing position and the open legs of female sacred sexuality, as well as a wave of the waters of life.

Those of you who have read The Magdalene Manuscript by Tom Kenyon and Judy Sion will be familiar with the idea that Mary was a Priestess of the Egyptian Temple of Isis (overarching Goddess of the Amazonian Arts) and that it was through Mary’s sacred union with Jesus that the miracles, medicine and magick of an incredible story was born.

One beautiful version of this story is that the Holy Grail is Mary’s womb and speaks to their child, that blood line, and the Knights Templar. There are also other tales in which this story was largely metaphorical and based on an earlier sacred story from Egypt: that of Isis and Osiris and how the magick of Isis brought Osiris back from the dead by reassembling him from his 13 pieces that had been scattered to the winds. Were Christ's 13 wounds he received on the cross metaphorical? His death at age 33 representative of the 33 vertebrae we each have? Does it simply speak to the spiritual path of the Priestess that involves awakening the fiery kundalini serpents and consciously raising them up our spine into the higher spiritual centres so that their fires can fuse the pineal gland’s ‘sand’ into the ‘Philosopher’s Stone’[2] releasing the Christos[3]? Whichever version of the story you may connect more to, one truth cannot be denied: that the original story of Christianity has been distorted beyond recognition by those with twisted agendas.

Did Leonardo Da Vinci’s fresco, The Last Supper, painted in the 15th century hold information within that spoke to these distortions of Christianity? Did the knot in the tablecloth represent the powerful Knot of Isis symbol as a reference to Mary Magdalene? Does the effeminate John sitting on the right of Jesus actually depict Mary Magdalene? Is it coincidence that leaning apart they create the letter 'M'? Could the 12 Apostles represent the 12 Zodiac signs and 4 Elements as has been suggested in the study by Nicola Sementovsky-Kurilo?[4] 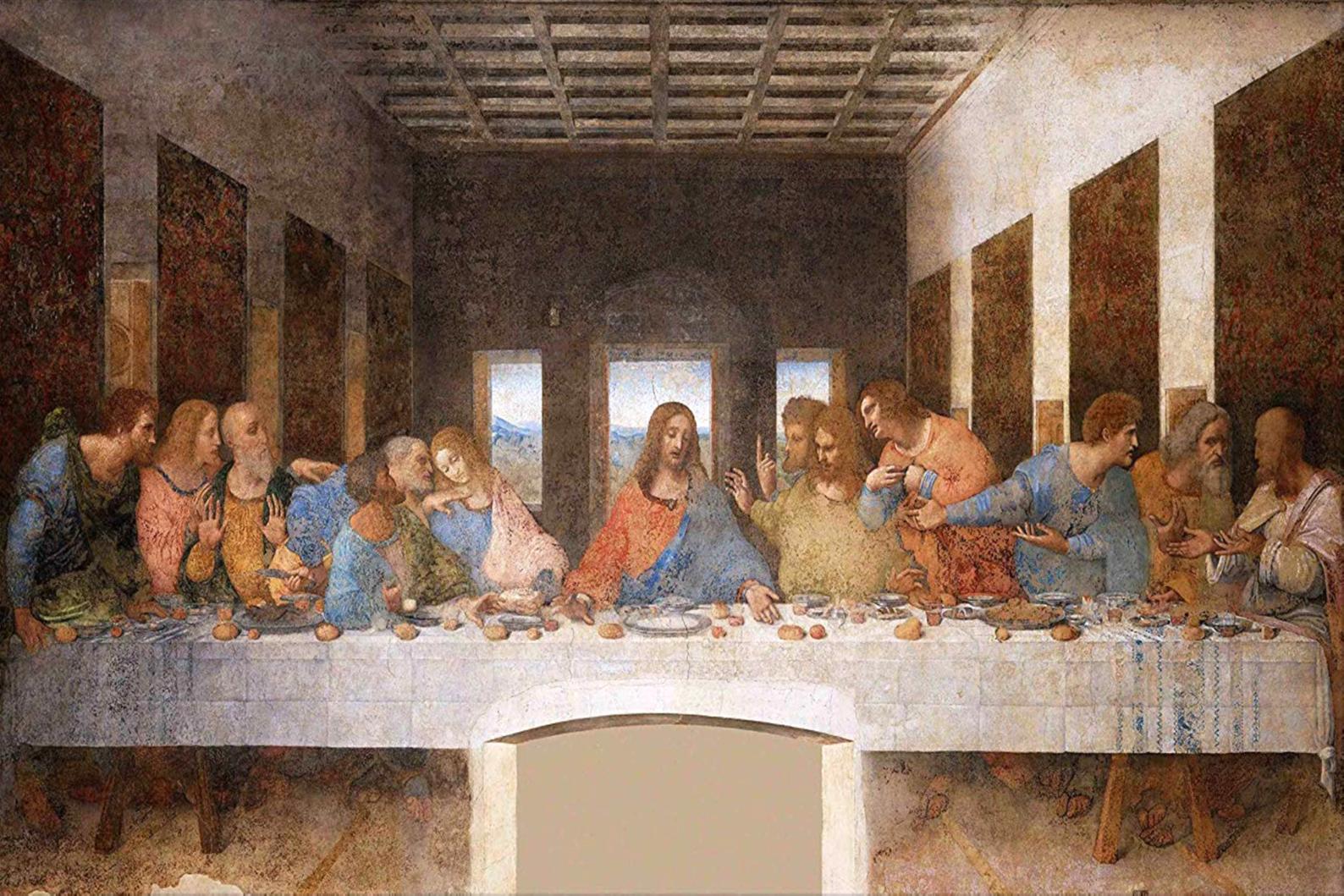 Could one read Christ and all ‘he’ represents as the 13th person in the painting, the fifth element Aether and perhaps a 13th Zodiac sign that signifies a new cycle and a shift in consciousness? For 12 is a completion number in many systems including music, with the 13th note in the scale taking us into a new octave. The number 13 has deep and ancient roots in the feminine. Most relevant perhaps is that it is said to herald the return of the Goddess. Clearly then the first step is to reclaim it from the patriarchal perception as ‘unlucky’ and re-member where it appears in her-story. Some examples are the 13 Chakras in the Egyptian system; 13 moons in one solar year; 13 as the average age of a girl’s menarche; and the 13th Faery Goddess Mother in the fairy tale Sleeping Beauty.

We live in times predicted to be of great turmoil, fire and floods during which our healing is possible if we listen to the lost notes of our ancestral memory. Are we ready for this shift from the distorted stories to a new story built on the healthy bones of ancient ways? A pancultural story in which the Christ and Mary Magdalene story is just one of those that we are reclaiming the healed and wholled origins of? That such healed stories essentially point towards no intermediatory between the sacred/divine and ourselves?

[3] Christ comes from Christos, which means oil. The holy oil is the fluid contained in the spinal cord. The pineal gland secretes the ‘honey’; the pituitary, the ‘milk’. Together they are known as the ‘Sacred Secretion’. …