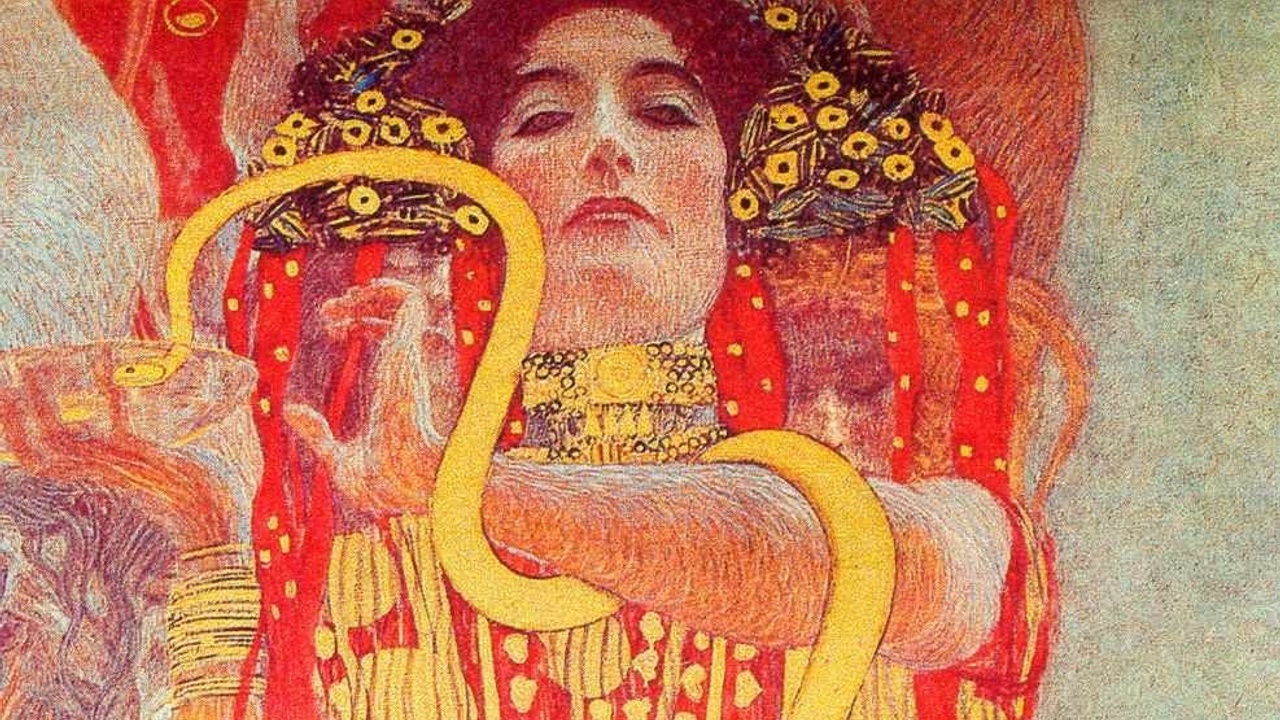 Last Sunday was World Goddess Day. This enticed me to have a deeper look into the mythology of my ally Goddess HYGEIA - Goddess of Health. I am somewhat hesitant to add Goddess of Cleanliness or Hygiene, because in our day an age, I find overt hygiene is actually a course of many health conditions. But this is a topic for a whole new post… Suffice to say that in 400BCE, hand washing and purification of air through incense amongst other things was making a positive difference in the treatment of plaque and other infectious diseases. And since Hygeia is attributed to be most strong on the preventative side of health care, it kind of makes sense. She also is linked to mental health through her association with Goddess Athena. So on the whole she seems to be the ancient personification of a modern holistic health care practitioner who is walking her talk.

Hygeia comes from a renowned family related to medicine. Her Father (or sometimes husband) is Asclepius, the patron god of doctors, who is healing the sick and injured. Her sisters are Panacea (universal medicine), Aceso (healing process), and Iaso (recovery and recuperation). Her brothers all followed their father’s profession as physicians. Apparently Hygeia was the most revered of them. Despite her high status, there are hardly any stories or knowledge of her personality like with other Greek mythological figures.1

So I wonder, Where did Hygeia really come from and what does she signify? Could she be like Medicine Woman, one who has been ostracised from society, but returning to reclaim the whole and healed feminine? I simply had to follow the Tail of our ally Animal the Snake, with whom Hygiea is depicted more often than not. The Snake lapping up medicine and/or food from her bowl. I have heard of Snake cults and worship in earlier civilisations, especially the Snake Goddesses or Priestesses of Minoan origin from the Island of Crete, which might connect back to the Egyptian Snake Goddess Wadjet.2 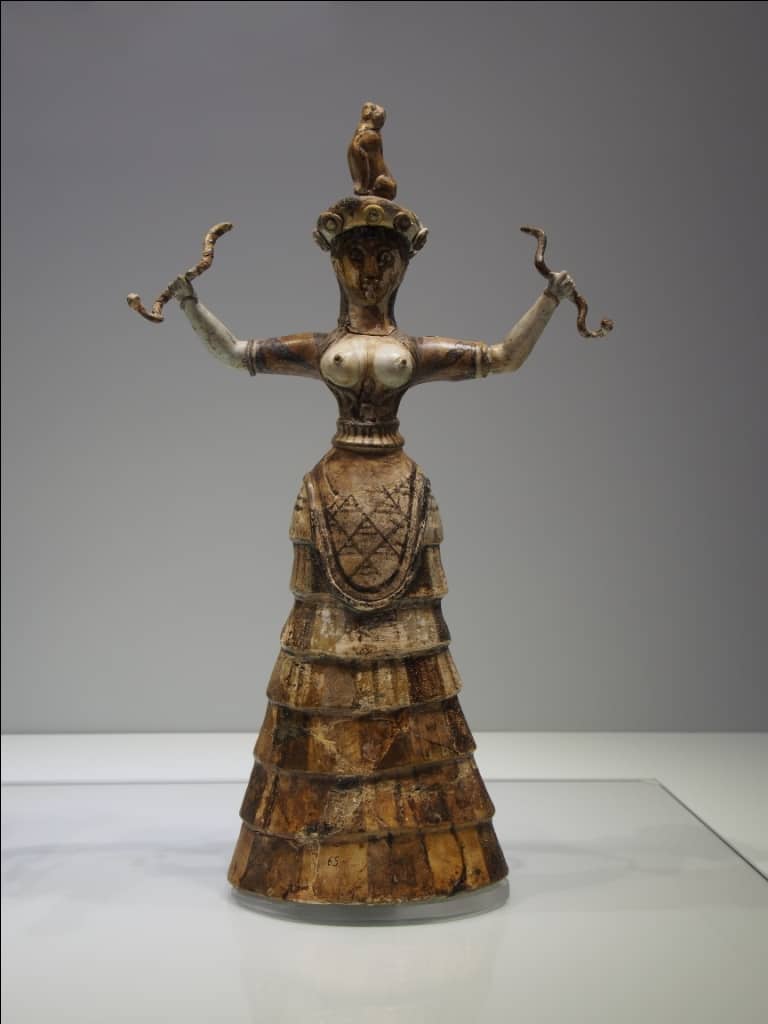 Could Hygeia and her wisdom of how to uphold our blueprint of health and wholeness, be a resurfacing force from an Pre-Olympian earth-based tradition? And I dived into an ocean filled with mythological snake stories, symbolism and meanings. In particular I was interested in creation myths. According to one source most Snakes and Snake-like mythological figures in Greek Mythology are birthed directly from Gaia, who together with Uranus and Eros are central to the Greek Creation Myth (which has of course also several versions…). The same source was also looking into the similarities of the Snake occurrences in mythology, rather than its duality themes. They are often attributed opposite qualities as the ambiguous beings they are... and I was totally entranced, following the Tail...

“… Snakes in ancient Greece guard the sacred and its access points, whether trees in misty lands, oracles in the centre of the earth, the acropolis, streams of water, or the plant of immortality. The sacredness that it protects and to which it gives access is one of a chthonic (subterranean) type.

All what the Snake stands for and the source of its power revolves around primordial Gaia, the first which came to existence after Chaos in Hesiod’s imagery. The earth and the Snake are linked at the most fundamental behavioural level: the Snake lives on and in the earth, it slithers on the ground and hides in crevices, being in permanent physical contact with it. It is no wonder that the series of symbolic associations at work for the earth were also transferred to the Snake.

But falling completely within the chthonic realm, with what is old and immobile, the Snake is also a bridge forward. While embodying all the contradictions of the chthonic beings, the Snake also facilitates a way out: even when slain in combat, it contributes to the new world order…3

The Snake belongs to a different and older status quo, the pre-Olympian order, and mediates a sacredness that concerns life in its crudest aspect, the power to create and to destroy: a transformative power usually aligned to the feminine side of things. I believe that the ancient Greeks perceived the existence of a special primordial force living within, emanating from or signified by the Snake—a vital force, brutal, wild and raw…”4

The ancient Greeks also believed that this force needs to be “tamed, assimilated and refined; controlled and and put down”. At least they knew that it could never be annihilated!5

So Snakes are facilitators that can bring us to a liminal space, an opportunity for transformation—an initiation that will change the hero/heroine forever. There are similarities in holistic and shamanic health. The Medicine Woman, shaman or healer will facilitate a liminal space, where the patient has the opportunity to heal. They do have a choice, just as Hygeia's Snakes have a choice of partaking of the Medicine in the Bowl.

Snakes were the guardians of tomes, which are also considered liminal spaces where transformation and resurrection can happen—just as the healer holds safe and sacred space for the patient to work through their healing. When patients came to a temple of Asclepius, they had to spend at least one night in the sanctuary. A closed dark room, where he would appear in their dreams and tell them the cure for their sickness. He often appeared in Snake form.6

Again, a connection to holistic and shamanistic practices of self-revelation and empowerment as part of the healing. In protecting sacred spaces in mythology, serpents would signal the inviolability of the site. Similarly Snakes were present in the healing temples of Hygeia and Asclepius, which had sanctity in times of war.

I personally believe that the serpent or Ouroborus as my spirit or ally animal, does protect me and all women dealing with Medicine Woman’s past of violation and abuse of the feminine. That they stand for the inviolability of our inner sanctum, the place where we connect with the same primordial power connected to the serpents and Gaia: vital, wild and raw. 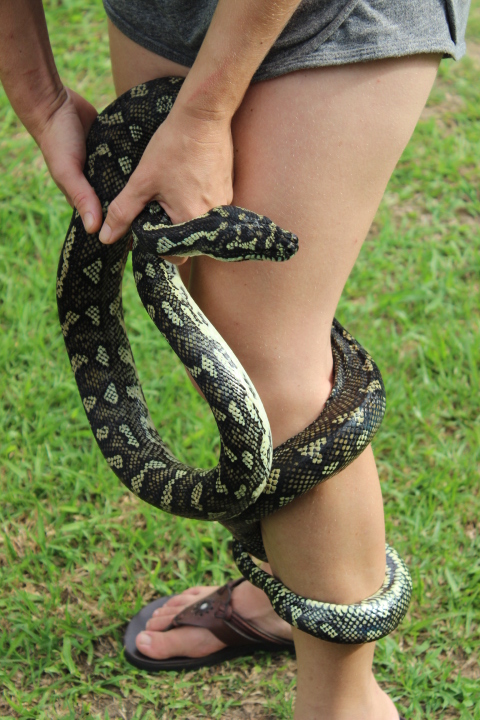 This same force we find in Nature - elemental energies, plant medicines, animal vibrations and much more. They all help us heal. The sacred spaces, which provide the background of the Snake mythologies usually have similar set of natural elements:

The connection to nature and its elements acts as a bridge between the realms, between the conscious and unconscious, between dis-ease and health. Hope you enjoyed this little excursion into Myth, Health and Nature as much as I did.

3Meaning it is contributing to the development of the future, rather than being eradicated from it; new world order in this context is the transformed world of the hero/heroine after navigating the liminal space.

4https://mdpi.com quoted from The Meaning of the Snake in the Ancient Greek World.

Call to Courage
A Sign ...
Curiouser & Curiouser: Reflections of the Archeress Pathway
Close